The sky is blue…the sun is shining…the wind is calm…and the snow is two feet deep.

I moved here from Albany, NY, where snow was a constant in the winter. Except this year and last year and most years since I relocated. Maybe it’s me?

In researching Shanty Gold, I learned that snow in Ireland is pretty much nonexistent. Except in the mountains. But boy does it rain! Or actually mist.

It doesn’t seem to rain as much as I expected. It’s kind of a rain in the morning, dry in the afternoon kind of place. When I first visited there, I began to understand my love of cloudy skies and misty air. It’s hell on hair but wonderful for skin. You don’t see many women with faces prematurely lined and leathery on the Auld Sod. Yes, they wrinkle with age but not from sun.

Speaking of beautiful Irish women (oh well, sue me for a sloppy segue), Maureen O’Hara died recently. Did you know that? She was 95 years old. Last time I saw her on TV, she was still beautiful and well into her 80’s. 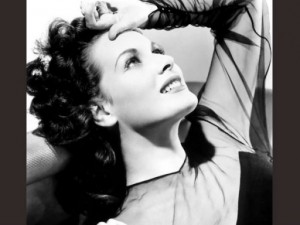 My father adored that woman and so does my husband. My mother, jealous as she was, called her “Hook-Nose O’Hara.” I think Matt loved her because she was feisty. Yes, pretty is important, but “feisty” is lasting. And she was one feisty chick. And I don’t just mean in “The Quiet Man,” the one movie my husband can watch thirty times and never get bored.

From what I’ve read, good old Maureen was feisty for real.  And she made Director John Houston suffer for making her wear so much hair spray that it hurt her face slapping her in the Irish wind.

So, tonight, whatever you’re drinking, raise a glass to that beautiful, feisty Irish broad. Sorry, Mother. I liked her.