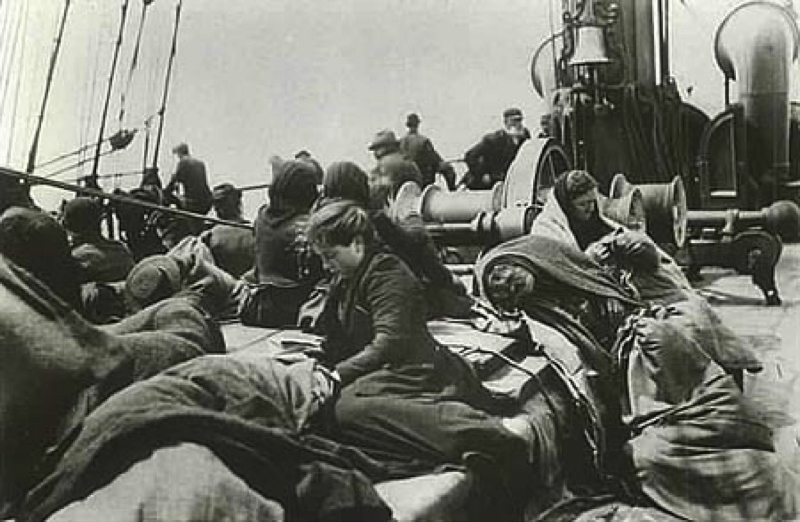 Immigration is front and center in the news today. But hasn’t this conundrum hounded this country for most of its existence?

Now. it’s our Southwestern borders challenged by an influx of immigrants. During the time of my novel, Shanty Gold, (1849-1853), it was the Northeastern ports, mostly New York, Boston, and Philadelphia.

The 13-year-old protagonist of Shanty Gold is tough and resilient. But starving in Ireland was one hardship she refused to endure.

Like a million countrymen and women, she got herself aboard a coffin ship headed for America.

Many of the Irish found the weather and the working conditions in the big Northeastern cities deplorable and booked steerage on steam boats headed South.

And, in the late 19th century, some of those Northern ports closed to the Irish, and many of the ships were rerouted to Savannah, GA.

Today, Savannah has the wildest St. Patrick’s Day South of New York City. Mary Boland was the name of my great, great grandmother who came over during that time.

Since my family had no information, pictures, or history on this woman, I got curious.  First of all, it needs to be noted that my mother and aunts always called her Mary Bolen. On my first trip to Ireland,

I looked in every phone book I could find vainly trying to find a Bolen.  The name did not exist. There was Boylen and Boland. Perhaps she was Mary Boylen or Mary Boland?.

Then, on the Ring of Kerry, I saw Annie Boland’s Tea Room and my choice of ancestral name was set. Mary Boland she would be.

And Mary Boland she is.

New York and Boston were deluged with immigrants back in the mid-19th century. Bostonians and New Yorkers felt swarmed with “micks” coming off the ships. In both cities, there were signs of N.I.N.A. in nearly every storefront window.

How did Mary feel when she saw those signs? Not that she could read, but she learned fast their meaning.

Let’s face it, though, unless we’re Native Americans, we’re all immigrants. I saw a T-shirt recently with the Mayflower etched on it which said, The First Illegal Immigrants.

Where did your great, great grandparents immigrate from? Whether it was Germany, Russia, Poland, Africa, or China,

And I’ll bet it wasn’t easy.

Because then, as now, integration of new faces, languages, customs, and mores makes the ruling, established class jittery.

Send me an email about what family stories you heard about your immigrant ancestors.

Perhaps someday you’ll get frustrated at the lack of information about them and decide to write their stories as a novel.