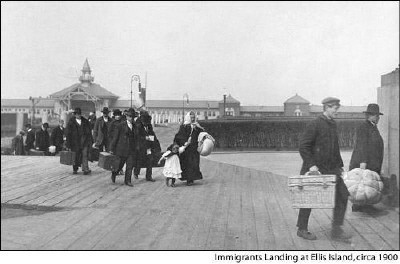 Ah, the Irish. Gotta love ’em. Why, you ask? Because the Irish are complicated in the simplest possible way.

Some are absolutely delusional, but always charming. When Irish Eyes are Smiling, you know…With such power in your smile, sure a stone you’d beguile… And some even maintain that charm without booze.

Take my mother, Dorothy. She was very charming, and the only time she ever drank a beer was when the doctor ordered her to do it in order to breast feed me because they thought that beer would increase milk production.

Orphaned at three as the youngest of nine children, my mother’s theme song was some old chestnut called Always in the Way. She sang that plaintive wail of a tune every time she wasn’t getting her way.

Her lips would tremble and her glistening blue eyes always looked ready to spill over…but they never did. Ah no, not Dorothy. I don’t think I ever saw her really cry—not even at my Dad’s funeral. Though she was “crazy” about him. For years, I defined love as “crazy.” Got me in a heap of hurt, I’ll tell you.

My Irish-American family was far from wealthy. I don’t think we could even be called middle-class. My dad owned a small grocery store in a ghetto area of Springfield, Ohio, and stacked IOUs in a cigar box from customers too broke to pay. Good guy, bad businessman. Sometimes, I’d call customers and try to collect. Rarely, it worked.

But my mother always perceived herself as a grand lady living among lessers in our South side home. Our neighbors were Shanty Irish. It was her burden to live next door to them.

That’s how I learned about the Irish caste system. The lowest class is Shanty. Once someone achieved a modicum of success, they moved to the tonier East side of town and were Lace Curtain Irish.

The trouble with being rich and Celtic is that, often, the Irish curse of alcohol is the nail in your coffin.

My first husband lived on the North side in one of those mansions. Never having been exposed to alcohol, I thought all the folks at his family’s grand parties were light hearted and gay. I had no idea they were a bunch of souses.

Perhaps it’s not just the Irish. Maybe great wealth destroys many people in one way or another. Think I’m fine with being a Shanty girl like Mary Boland whose pure strength of character transformed her like an alchemist into a golden force to be reckoned with.

Yes, that’s the kind of Shanty I want to be.

Next post, you’ll meet Mary Boland, the main character in Shanty Gold. Come along with me as we explore Mary’s world through blogging. My second book is Lace Curtain, and the final part of the trilogy is called Silk Stocking. I think you’ll like them.

If you want to keep in touch, I invite you to sign up for my email alerts – the signup form is on the sidebar to the right.