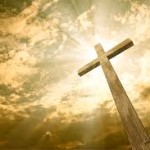 Well, if you listen to the Irish, they’ll tell you it was Saint Brendan—hands down.

Brendan was born in 484 AD in Tralee, County Kerry, Ireland. His parents were Finnlug and Cara. Cool names, don’t you think? Finn and Cara!

After tutelage under Saint Ida, “The Brigid of Munster,” at six, Brendan went to a monastery school at Tuam to further his education.

Brendan is called one of the Twelve Apostles of Ireland, once tutored by the great teacher, Finnian of Clonard. (Another Finn.)

The thing that really distinguishes Brendan, though, is his VOYAGE.  According to legend, Brendan landed in America sometime in the Sixth Century

with a small group of monks on his currach-like boat of wattle covered in hides softened with butter.

The earliest version of Saint Brendan’s voyage was recorded around 900 AD. There are more than 100 manuscripts of the story across Europe.

Stories are characterized by much literary license and contain references to hell where great demons threw down lumps of fiery slag from an island with rivers of gold fire and great crystal pillars.

Some scholars believe these to be references to the volcanic activity around Iceland and to icebergs.

One thing is certain—never try to convince an Irishman that America was first discovered by Christopher Columbus! Unless you want a shillelagh up your tookus.